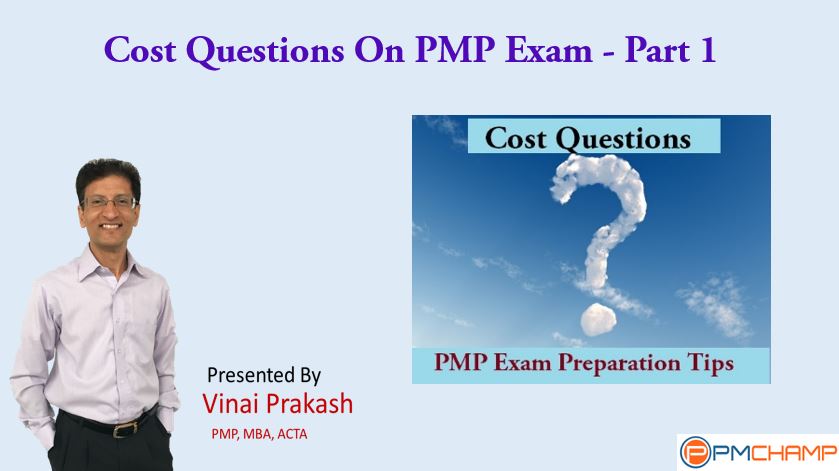 Since I covered Formula Questions for PMP exam on the PMChamp Blog (Three Point Estimate Technique, and  Calculating Float in PMP questions), I have received a lot of enquiries and questions regarding other types of cost questions. So I am going to cover a lot of cost related questions in this Cost Questions Series. Here’s Part 1.

Do you dread the Cost Questions in the PMP Exam?

Many people fear the Earned Value Management (EVM) questions, because they need to memorize the formulas, and many questions are not as straight forward as they seem – some require a lot of calculations. More on these EVM Formulas  in the coming weeks…

There is a second breed of Cost Questions, which can be easily answered on the PMP Exam. They usually don’t require calculations, and can be answered quickly, saving precious time for other longer PMP questions.

Sunk cost is the cost that has already been incurred, and there is no way to recover this cost. As the name implies – the money is sunk, gone, down the drain, history…. There is no calculation required for arriving at the Sunk Cost. It is always equal to the Actual Cost spent to date.

According to Wikipedia – “In Economics and Business decision-making, sunk costs are retrospective (past) costs that have already been incurred and cannot be recovered.

Most project managers get emotional about the past costs – sunk costs. The human mind tries to justify that what you did previously was still good, and that you should try to continue it. Thus, it is difficult to ignore the sunk cost, and you try to cling to it. This is wrong.

You should never spend new good money (future porject cost) on something that does not make sense today, even though you have invested heavily into it in the past. Past is past.

While making future decision, do not cloud your thinking with it. Ignore the Sunk Cost, and make the decision based on the merit of the project and its benefit in current terms, in today’s value.

Q: The management is reviewing the budget for the year 2013, and is evaluating the projects ROI, and its usefullness in the market. The management is also going to look at the projects that were started in the past 5 years, but were put on hold for some reason. In making future project decisions, which of the following should not be considered?

So I hope you got the message. Do remember to post your answer in the comments.

How often do you study for the PMP exam? 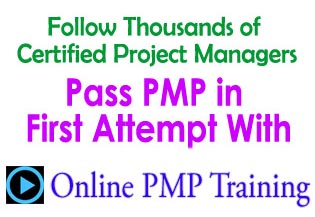 Daily, 2-3 times per week, or lesser? I posted a question on the PMChamp Facebook – Please click and post your response here:   How often do you study for the PMP exam?

I would also like to know what topics you want me to cover in the PMChamp PMP Tips Blog.