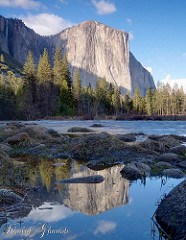 Before I even became aware of the PMP Certification for Project Managers, I was an active and busy Project Manager for many years. Naturally, I thought I knew it all when it came to managing projects. After all, who can be a better teacher than “real time project management experience” of many years.

Boy… I was in for a BIG Surprise!

When I attended the first PMP training class, I realized how vast the Project Management Body of Knowledge was…  how much formal thought was given to each of the 9 Knowledge Areas, and the 5 process Groups. Back then, there were 44 processes in the PMI Framework…

And although I was extremely proficient in handling contracts, having negotiated some very large multi-million dollar contracts that covered over 200 contract staff at our project site, I had not known certain types of contracts altogether.

Just by becoming aware about so many topics made me realize how little did I know about Project Management.

The studies for the PMP Exam, and the attempting of the hundreds of PMP questions really opened my mind to the huge new possibilities in managing risk, managing people, and managing communications etc.

Previously, my idea was to only manage time, cost and scope for a successful project. And I really did not care much about the people, whether they got burnt along the way or not.

Even after getting the PMP certification, I continued to read and learn more about “effective project management strategies”. The fiction books I used to borrow from the National Library in Singapore, slowly made way for more of the “non-fiction” books on  Project Management, risks, communications, HR, and other topics. I then began to write about my experiences in Project Management… and many articles actually got published in The Straits Times, Today’s Manager magazine in Singapore, and soon in other countries as well.

As I learnt, read more, and practiced what I read, I became more and more proficient in managing people and the project planning, execution and delivery became better. However, I did not realise this automatically… It was only when I was getting more frequent promotions to do more complex and larger projects that someone remarked how I had “accelerated” my career growth after getting “PMP certified”…

That’s when I wondered if it was indeed true? How very True!

PMP had certainly opened my eyes, and paved the way for my future growth – both personal and professional.

I did not mind the extra dollars it brought, nor the status that went with it, and the people I interacted with began to change… for the better.

Much of this happened within 2 years of my passing the PMP Exam. I then joined the local chapter of PMI, after having paid the membership fees for many years, but never ever attending any actual meetings. And this opened another big avenue to network… But more on this at another time.

As you can see, my productivity increased dramatically just by being exposed to the proper project Management Methodologies and the right Project Management Framework, and then bringing them to practice.

PMP Certification opened up a new horizon for me, and did more than wonders for me… My entire career leap-frogged in the fast-lane, and my life actually changed for the better.

Has it impacted your life too?

Do share your thoughts with me. Let me know how preparing for the PMP exam, or being a certified project manager has made a difference for you. Post your comments below.

9 thoughts on “How My Career Accelerated after PMP Certification”