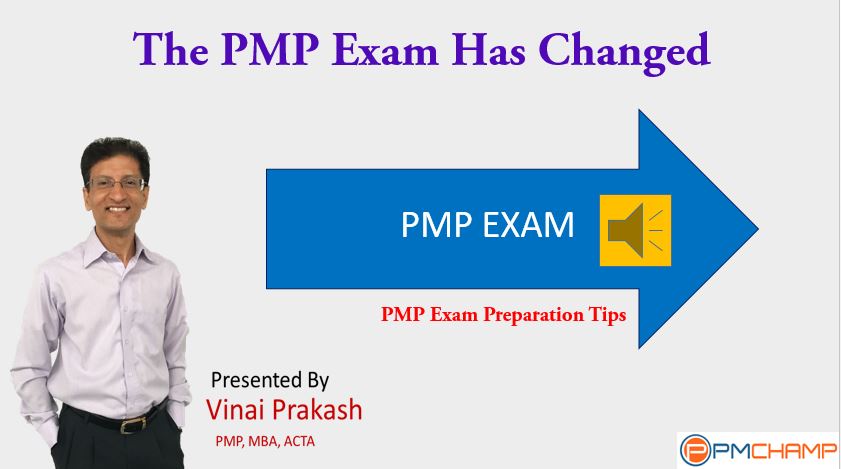 The Project Management Professional (PMP)® credential examination has been revised in March 2018. This is based on updates to the professional role of a PMP® credential holder recently found by PMI’s Role Delineation Study (RDS).

From March 2018 onwards, the PMP exam is based on the PMBOK Guide, Sixth Edition.

When: The new examination has been released already. This means that the new PMP Exam Format is now active, and you need to be aware about it.

PMI has advised that about 30% of the PMP Exam questions will get changed  to reflect the project manager’s role as defined by the recent Role Delineation Study.

Education and experience eligibility requirements for the PMP credential will not change, however.

What has changed in the PMP Exam?
Certain areas of the PMP exam will be tested in a different way because an existing domain was seen to be common across all content areas of the exam. Specifically, the Professional and Social Responsibility content area will now be tested in every domain rather than as a separate domain on the exam.

This means that questions from the Professional and Social Responsibility area will now be spread out in each knowledge area and process group.

Check out the detailed feedback of students who have just passed the New PMP Exam.

PMI’s Code of Ethics and Professional Conduct should therefore be viewed as now integrated into the day-to-day role of a project manager, emphasizing its importance in each phase of the project lifecycle.

From now onward, the PMP Exam Question Distribution will now be revised as a result of this change.  The new exam distribution is given below:

Frequently Asked Questions about the Changed PMP Exam
PMI has also released a FAQ, which details the changes in the PMP exam. I suggest that you download it and read it carefully.

Study for 35 PDUs
It is best that you study well for your PMP Exam, with this changed format.  You can check out the PMCHAMP’s Online PMP Exam Prep Coaching workshop. 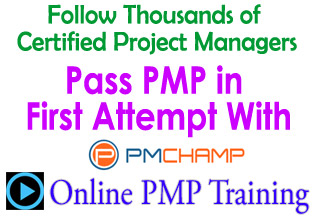 How to Study for this Changed PMP Exam
See PMP Sample Questions released by PMI. And also do as many Mock PMP Exam Questions as possible. Now you can also get 20 Free Questions on Quality Management just by subscribing to the PMP Newsletter.

Our online PMP Exam Prep Coaching Program is available now. You can check it out at https://www.pmchamp.com/pmpguide.

Let me know if you have any other questions regarding the change to the PMP Exam.

Did you take the short 1 minute survey? Tell us how we can assist you in your exam preparations? Click here to take the survey

PMChamp Online Coaching for preparing for the PMP exam is now Open. Study anytime, anywhere. Prepare for the exam in 6 weeks.

Just fill in your details here:

18 thoughts on “The PMP Exam Has Changed”